Securities Commissioner Travis J. Iles announced that Tommie “Tom” Carter Jr, a 64-year-old resident of Austin, Texas, was convicted of first-degree securities fraud and sentenced to serve 40 years in prison.  He was also ordered to pay restitution of more than $830,000 to victims.

An investigation conducted by the Texas State Securities Board revealed that Carter raised over $1 million from twenty victims.  He promised to use their principal to buy and sell real property and distressed business equipment, and even claimed their money was fully protected or guaranteed.  The investigation, however, uncovered the truth – that Carter’s business projects were not generating sufficient revenue to cover monthly business expenses and he was actually using new investor money to pay money owed to earlier investors. 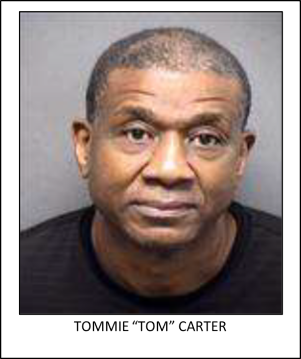 “Investment scammers prey on trust.  They often falsely tout integrity, promote safety and promise security to obtain and misuse the hard-earned money of our fellow Texans,” said Commissioner Iles. “My office will continue its good work to uncover their schemes and pursue justice for their victims.”

Derrick R. Trussell, a co-defendant of Carter, used to be registered to sell securities but was barred from the industry.  He was charged with securities fraud and other crimes.  In October 2021, Trussell entered a plea of no contest to securities fraud, securing execution of a document by deception and misapplication of fiduciary property in Cause No. 2019-CR-5767B, in the 175th Judicial District Court of Bexar County, Texas. Trussell was ordered to serve deferred adjudication community supervision for a term of five years, and as part of his plea bargain, he paid upfront restitution of almost $17,000.  As part of the plea bargain, Trussell agreed to the entry of an agreed cease and desist order. The agreed cease and desist order finds that Trussell illegally and fraudulently offered securities in Texas and bars further violations.

Commissioner Iles recognized the assistance of Bexar County Criminal District Attorney Joe Gonzales in prosecuting and the Austin Police Department in locating and assisting in the apprehension of Carter.  He also recognized the invaluable work of Judy Saenz, TSSB Enforcement Attorney, in investigating Carter’s illicit activities.