Bob Guess, Author of 'Robbed With A Pen Again,' Sentenced to 12 Years

Bobby Eugene Guess, who at one time touted his investment skills through a radio show called “Dollars & Sense” and with in-person financial seminars, was sentenced to 12 years in prison on July 3 for fraud in the sale of millions of dollars in securities in a worthless internet company. 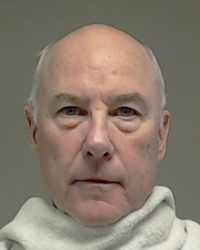 Guess pleaded guilty to securities fraud in May in the 296th State District Court of Collin County. A Collin County Grand Jury indicted him on Dec. 15, 2016.

Besides his radio shows and seminars, Guess is the author of the book “Robbed With A Pen Again: A Guide to Protecting Your Assets.”

Guess and his sales associates sold notes, stock certificates, and investment contracts in Stamedia, an internet advertising company that falsely claimed it had a valuable digital media patent.

Guess and other salespersons told investors the value of the patent allowed Stamedia to strike deals with large public companies such as AT&T Inc. and The Home Depot Inc. Stamedia, however, did not have those contracts and all told generated little revenue.

Guess is the founder and CEO of Texas First Financial LLC in Frisco. He has not been registered to sell securities in Texas since 2011, but he continued to illegally sell allegedly high-yielding securities in various investment programs, including Stamedia.

The Collin County District Attorney's Office prosecuted Guess with the assistance of the Texas State Securities Board.

The State Securities Board first acted against Guess in August 2016. The Securities Commissioner entered an Emergency Cease and Desist Order that required Guess to stop engaging in fraud in marketing promissory notes tied to a wide array of businesses.

The State Securities Board has posted public records related to the criminal and administrative cases against Guess.

The emergency order cited Guess’ failure to disclose to potential investors the issuance and execution of the search warrant, among other violations of the Texas Securities Act.

Guess challenged the entry of the Emergency Order but failed to appear at a proceeding before at the State Office of Administrative Hearings.  A state administrative law judge entered a default judgment in September 2016.

Timothy Lloyd Booth of Plano, another perpetrator of the StaMedia fraud, was sentenced to prison on May 23.

Booth, a former pastor at a church in McKinney, was sentenced to 68 years in state prison after his conviction in the 296th District Court of Collin County on first-degree felony charges of theft and securities fraud.

Booth stole approximately $23 million individuals who invested in StaMedia. Most of the victims were elderly, and some testified during Booth’s trial in June that they had to return to work because of their losses in StaMedia.